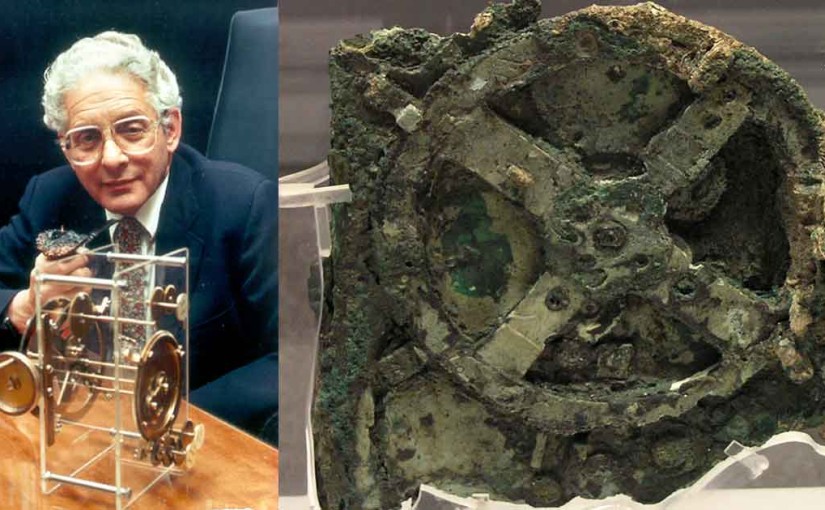 One of the things Derek de Solla Price is best known for is his work on the Antikythera Mechanism. The Antikythera mechanism (circa 200 – 100 BC), is a geared astrological calendar. The device uses gears to predict the positions of celestial bodies and even tell when the next Olympic games are going to be, essentially making it  the world’s first analog computer. However, before anyone knew it was a computer it was simply a “lump of corroded bronze and wood” that had been sitting in National Museum of Archaeology in Athens for 50 years since it had been found by sponge divers 1901.

Derek spent from around 1951 until about 1959 figuring out what that lump was and in a June 1959 Article in Scientific American he first announced to the mass public his theories on the device.

History has shown that Derek got a lot of how the device worked correct, he and his wife even correctly counted the gear’s teeth correctly (something that wasn’t verified until only recently).

You can learn more about Derek and the device at FactMyth.com (which is in full disclosure written by the author of this page, but to be fair is also his grandson).